Camping has been on the rise, especially among younger people, for the past couple years. Even during a pandemic, camping represents a relatively safe way to get back on the road again.

Arrive Outdoors, a startup based out of Santa Monica, is looking to capitalize on the growing popularity of camping and interest in outdoor activities with its gear rental platform.

The company was cofounded by married couple Rachelle Snyder and Ross Richmond who had experienced the problem of wanting to do outdoor activities, particularly while traveling, but not having access to quality gear. The only options for an adventurer are to schlepp their own gear around, or rely on a local gear rental store, many of whom do not offer reservations.

Simply put, Arrive Outdoors brings the internet into the equation.

The company, which just raised $4.75 million in seed funding led by Freestyle Capital, allows users to choose gear on an a la carte basis, or choose a pre-packaged kit of items, and reserve their gear for free. The equipment is shipped in a box with a pre-paid return label, and can be sent back to the company once the trip is over.

For a weekend, the usual rental period for users, the cost of the equipment is approximately 10 percent of the retail price of the gear.

This gear includes hiking and backpacking apparel, camping gear, and snow and ski equipment/apparel. The most popular product on the site, according to Snyder, is the Camping Set for Two, which includes a tent, two sleeping bags and pads, headlamps, a lantern, a cooler, a stove and pot, and a couple chairs. 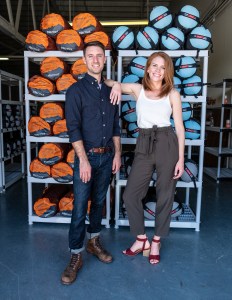 Arrive Outdoors partners with around 40 premium brands, and offers different types of partnerships depending on the size and goals of the brand itself. With smaller brands, the company buys the gear wholesale, while bigger brands that are looking to ‘advertise’ their products may partner with Arrive Outdoors to get those products in the hands of customers.

All gear is held in the company’s California warehouse and is cleaned between uses per the CDC’s Recreate Responsibly guidelines and the National Park Service’s recommendations.

Alongside Freestyle Capital, Science Inc., Corigin Ventures, Narrative Fund, AVG Basecamp Fund, James Reinhart and John Voris have also invested in the company. As part of the deal, John Felser (Freestyle Capital cofounder) and Mike Jones (cofounder and CEO of Science Inc.) have joined the board.

Our biggest challenge is that we are growing at a rate that is fairly unexpected this summer,” said Snyder. “COVID hit and it was a low point in March and April and then it shot up. So, for us, it’s all about catching up and trying to run as fast as we can to make sure that we can supply everybody who wants gear.”

Snyder added that it’s a challenge the company feels very fortunate to be faced with.